If security cameras have succeeded in making peoples’ lives more secure, are fake surveillance cameras worth the money?

Homeowners might ask themselves this when considering dummy surveillance cameras, fake alternatives to actual security cameras designed to deter would-be burglars. The use of these is based on the idea that the sight of a security camera alone is enough to prevent crime.

Of course, they also cost about a fraction of the price of their real counterparts, potentially making them suitable not just for temporary use, but for long-term use for those unable to afford security cameras. But are fake surveillance cameras actually effective?

Discover all there is to know about fake security cameras as well as our top 5 picks. Best yet, there might be a totally free solution with AlfredCamera!

What Are Fake Security Cameras?

Fake security cameras look just like their real counterparts, but are in reality just decoys designed to deter would-be burglars. This is based on the idea that the sight of a camera alone is enough to prevent crime, a claim that’s largely supported by research and academic studies.

They come in various designs, all of which are made to resemble actual branded security cameras that are available on the market.

Ready to trick some burglars? We put together a list featuring the five best dummy cameras available on the market, so that you can protect your home without breaking the bank. 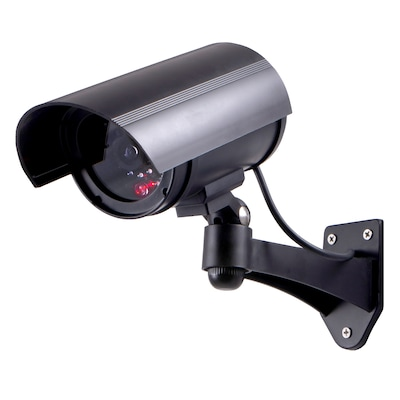 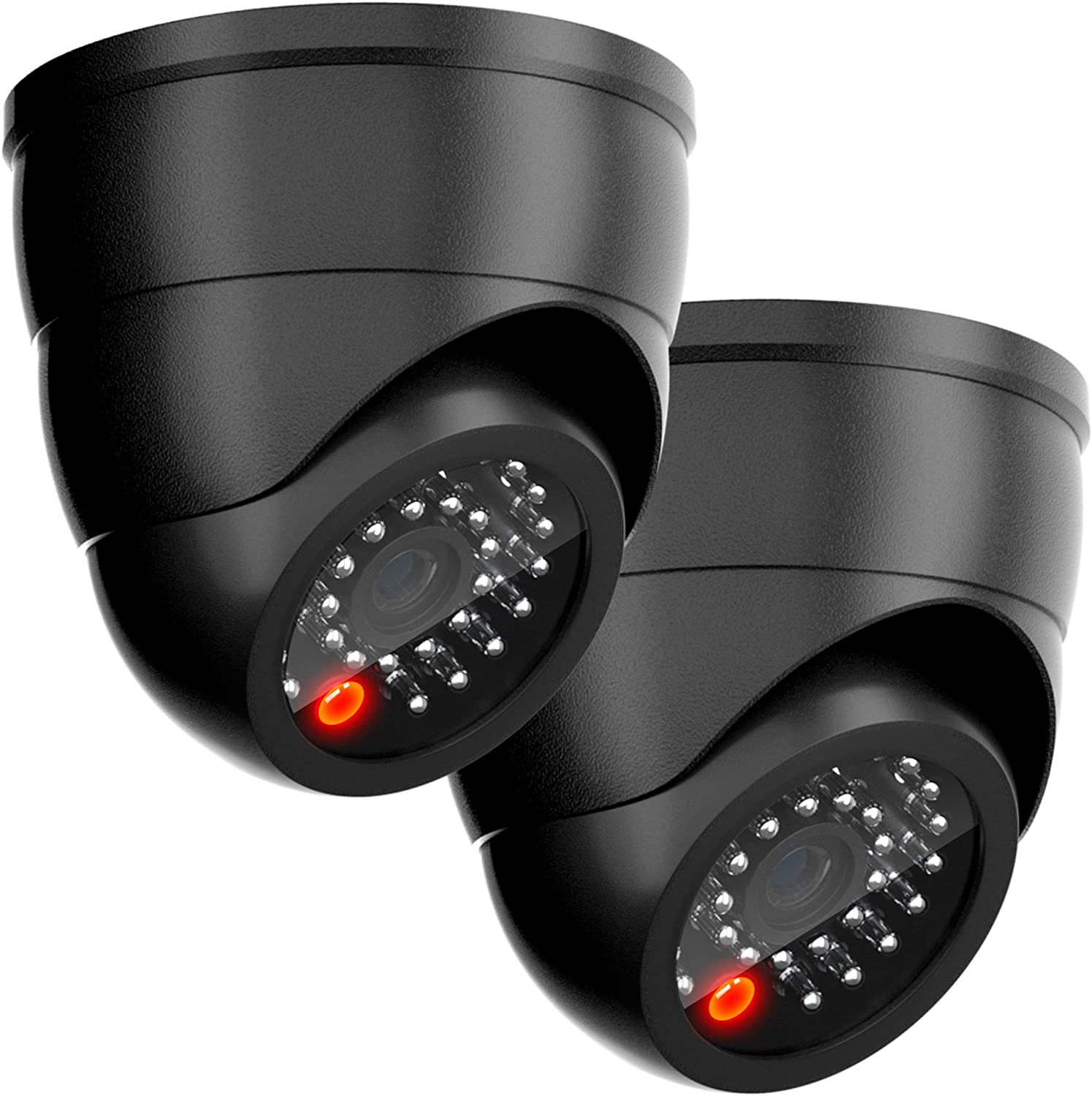 The simple answer is yes, but only to a certain extent. We can’t say that fake security cameras don’t work at all, since burglars reported being deterred by the sight of cameras and alarm systems.

One study correlates an increase in the presence of alarm systems with a decrease in burglaries, suggesting there is a link between visible signs of anti-theft devices and which houses ultimately wind up being dismissed by burglars.

Recommended reading: Home Security Camera Placement: Where Should You Install Yours?

Can You Make a Dummy Security Camera Real?

While there is no way of modifying a fake camera into a real one without spending significant amounts of money, you can increase the effectiveness of a fake dummy camera by following these steps.

When it comes to matters of home security, what counts is doing what you can, because safety isn’t something anyone should have to compromise on. If a tight budget means a real security camera isn’t viable, a fake security camera is certainly more beneficial than none at all.

1. It can deter burglars

Most evidence points to the fact that having visible security measures, like dogs, alarms, cameras, and motion-detected lighting might serve as a deterrent to burglars. If you live in a perceived ‘bad neighborhood’, this is something you should take extra precautions for. In other words, having a fake camera is likely to be a better deterrent than none at all.

Unsurprisingly, fake security cameras don’t require a complicated setup. If it takes batteries to make blinking lights function, insert these, then simply mount it to a wall. As such, it saves a great deal of time and energy (and money that would be spent on the electric bill!).

Fake security cameras require low to no maintenance. They cost very little upfront, and you don’t have to provide any monthly fees for upkeep.

If a tight budget is a key motivation behind an interest in dummy cameras, there may be another solution for you to consider.

AlfredCamera is available to download now for iOS and Android devices.

Recommended reading: How To Hide A Key (And Keep Home Invaders In The Dark)

Is it illegal to have security cameras?

In most places it is not illegal to have a security camera on your property. That being said, they should abide by relevant privacy laws. In general, they should not record neighboring properties in an invasive way. Dummy security cameras have to follow all the laws that any CCTV camera has to.

Most best-selling fake security cameras feature blinking red lights to make the trespassers assume they are being recorded. While some real security cameras also tend to feature this, modern ones tend to come with infrared lights that are invisible to the human eye.

How to make a fake security camera real?

While this article gives many tips on furthering the realism of dummy cameras, converting a dummy camera into a real one would be a costly and unusual endeavor! AlfredCamera is a free app that turns your old phone into a security camera—consider combining this with dummy cameras if you still wish to have actual footage recorded.

How to spot a fake security camera

Dummy cameras that feature branding on them are preferable to ones without it, since real ones feature this excessively. Real security cameras can indicate their presence with WiFi and Bluetooth searches, whereas a fake one will naturally be undetectable.

Fake security cameras are something of a curiosity. While there is no hard proof that they ‘work’, there certainly is strong evidence to indicate that they may have some positive influence on dissuading or deterring burglars.

They are an inexpensive, simple way to quickly improve your home’s security, but other useful alternatives exist. By transforming your old phone into a fully functioning security camera, AlfredCamera gives you all the benefits of a modern security camera in a convenient and costless package.

Recommended reading: How To Spot a Fake Security Camera?